The NEL® Educator of the Month - MAY 2021
Bruce davidson
"the role of a caring teacher that goes out of their way to help can make all the difference." - Bruce Davidson

Periodically, The National Engineering League will be dedicating a featured article on a STEM professional or STEM educator who is changing the world. ​

"To Teach is to Care"  article  by   Dusti Patterson 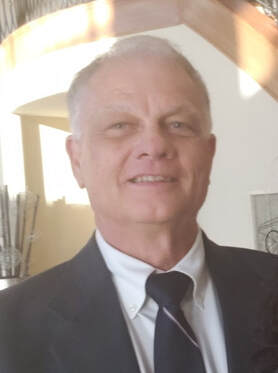 Mr. Bruce Davidson
We are often told by out parents to pursue a career field that both pays the bills and simultaneously inspires us to be the best that we can be. For some, a career path is paved naturally from a young age as intrigue transpires into vocation. For others, the path to career certainty might be paved through experimentation, mere chance, and necessity in some instances. For The National Engineering League featured STEM Educator of the Month, Bruce Davidson, the path to education was one founded on a mix of curiosity and an intrinsic comfortability with academic instruction. In the 42 years of STEM education work that Davidson amassed, his observations and expertise from the classroom environment are vast. Now retired, Davidson hopes to inspire current educators while simultaneously emphasizing the importance of STEM based organizations that promote diversity in STEM majors and careers.
Growing up, the teaching profession was assuredly absent from the career radar of Bruce Davidson. Interests of the outdoors, nature, and fascination with the inner mechanics of objects led Davidson to pursue a double major of Biology and Physics at Old Dominion University. Post college graduation, Davidson stumbled upon the opportunity to teach high school science within the Newport News Public School System. For Davidson, the unforeseen segue into education quickly emerged as a career-long professional choice and not just a mere transitory position. However, the leap into high school education was not without challenge. During Davidson’s first teaching experience, the school retained a teaching policy requiring at least 50% of the lessons to involve hands-on science activities. This presented a challenge for Davidson, who was a non-education major. Motivated to succeed in the teaching role, Davidson remembers quickly having to adapt to the hands-on teaching role; saying “[the policy] was why I started teaching scientific investigation and engineering design which became my lesson plan for the future.” Additionally, Davidson spent countless hours apart from the workday devising unique STEM activities and lesson plans for his students. 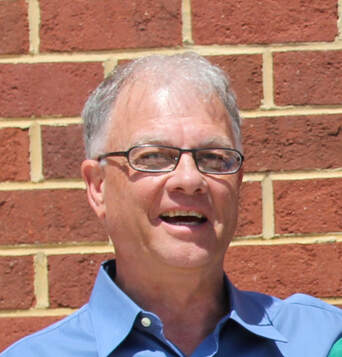 ​             After only a short time in the education sphere, Davidson began to propagate into the world of student organizations pertinent to STEM. One such organization was the Cooperating Hampton Roads Organization for Minorities and Engineering (CHROME) club that Davidson led during his high school teaching days. The CHROME club attracted 60 females and minority students during Davidson’s first tenure heading the student organization. The CHROME club assisted in facilitating resource sharing and exposure to STEM majors and careers fields. Whether a student exclusively needed tutoring in a particular subject or needed comprehensive counseling of course options and career choices; the CHROME club was available to help. The ultimate goal of STEM exposure through the club has unquestionably been achieved. Looking back now, Davidson recollects how “many of the CHROME students were drawn to STEM fields for their future, through the activities and support they received through the program.” The National Engineering League's founder and current engineer, Commissioner Corey F. Scott, was one of those students in Mr. Davidson's CHROME club and physics class that was inspired to pursue an engineering career based on this very exposure.
Despite the already enormous impact made on his students in the classroom and through the CHROME program, Davidson has not surrendered his passion for education transformation, even now as he lives the retired life. Davidson, like many, realizes and observes the present challenges educators and students face every day in the classroom. One such obstacle Davidson acknowledges is the recruitment and retention of good educators. As Davidson points out, “the pay for teachers is low, the challenges are great, and the stress for a new teacher to achieve mastery of a subject as judged by mandatory state testing is beyond stressful.” A potential solution Davidson offers to replace the mandatory testing obstacle is the incorporation of “the scientific investigation in a teacher’s lesson plan, as well as any hands-on activities.” Davidson believes a more hands-on approach would better fulfill the increasingly impactful engineering component of the phrase “STEM education”.
As Davidson will tell you, the solution to STEM curriculum challenges will only be solved if the change coincides with caring, motivated teachers. Davidson is especially adamant that for students with little home support, the role of a caring teacher that goes out of their way to help can make all the difference. Although the appearance of student support can look very different, in Davidson’s experience, “this dedication to students can take many forms, such as school clubs, after and before school support...or even connecting with other teachers that are also willing to help can also be worthwhile.”
Among all of the career choices Davidson could have made as a young professional with a STEM background, he has no regrets about stumbling upon the world of STEM education. Looking back now on his past career, Davidson couldn’t imagine those years being spent anywhere but the classroom. Although Davidson is now retired and spends his well earned time off with his grandkids and participating in outdoor activities, he continues to advocate for classroom reform. Davidson especially hopes to continue spreading awareness about STEM educational demographic disparities and encourage new teachers to be caring, focused, motivated educators who have student success as the forefront goal.
​​ 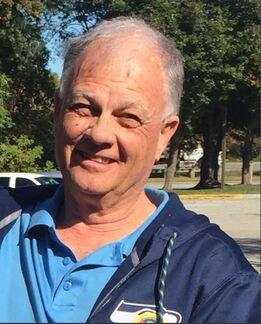